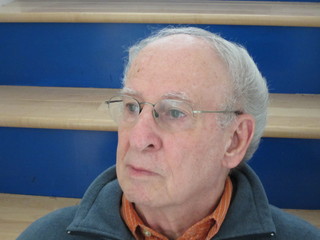 Born in Brooklyn, New York in 1932, Earl Ganz published his first story in New World Writing, 20 in 1962. In 1966 he became head of the new MFA program in Creative Writing at the University of Montana, and for the next thirty years, until he retired from teaching in 1996, he made his home in Missoula. He has published short stories in EPOCH, NEW LETTERS and THE IOWA REVIEW, and over the years has been cited several times in BEST AMERICAN SHORT STORIES. Of his short story collection, Animal Care, published by Lynx House Press in 1990, the novelist, Jim Welch said: "Earl Ganz is a fine observer of the postures and oddities of contemporary existence that most of us do not often see." About Mr. Ganz's novel, The Taos Truth Game which deals with the famous Taos artist colony of the 1930s, and was released by the University of New Mexico Press in February of 2006, the novelist, Rick DeMarinis has written: "Earl Ganz pulls off the impossible trick. He raises the famous dead and restores them, not just to life, but to a full psychological and spiritual life that we never before could have imagined."